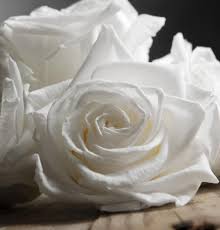 Ms. Emma Lee Watkins was born on June 27, 1956 in Patterson, MS to the late Willie James Watkins and Ema Lee Dorsey-Laury. She was later adopted and reared by a loving stepfather, the late James Laury. Emma Lee departed this life on August 16, 2021.

Emma Lee attended Jackson Public Schools, and graduated from Jim Hill High School. At an early age, she gave her life to Christ and was a member of Greater Love Temple under the leadership of Elder Stephen Dennis.

Emma Lee was infamous for “being out, living her life!” She entered a room with infectious laughter, a joyful spirit, and a request for food. Emma Lee was known as a pool shark, a keen card player, and charismatic storyteller. She loved spending time with her family, especially her grandchildren

Emma Lee was in a longtime relationship with the late Bobby Ray Jordan, to which 6 children were born.

To send flowers to the family or plant a tree in memory of Ms. Emma Lee Watkins, please visit our floral store.