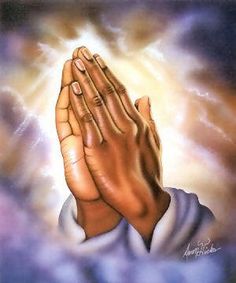 Willie E. (Woo) Moore Jr. was born May 24, 1969, in Chicago Illinois (IL) to the late Willie E. Moore Sr. and Mary Lee Moore. He was the first born of two children. He departed this life on Friday, July 29, 2022. He was a graduate of George Westinghouse High School Chicago, Il. Immediately after high school he worked a few years for the United States Postal Service.

Although he was born as Willie E. Moore Jr, he was known as “Jr./Woo.” He was also known by cousins as “Willie Mo.”

He later became a member of Collis Hill Church under the leadership of Elder Willie Jenkins Jr., where he rededicated his life to Christ.

Willie lived in Chicago, IL all his childhood. He and LaDone were blessed to have cousins in Chicago that were like brothers and sisters to them. They all looked out for each other. He will be missed by so many that has crossed his paths. He was a young man that always had a great big smile on his face. He would make the family laugh no matter the situation. He was a cheerful and outgoing person that poured out love to his family. He loved his children and grandchildren unconditionally. Everybody knew Willie Mo could do no wrong in the eyesight of his grandmothers.

One of his favorite vacations were to visit Mississippi during the summer months with family. Back in the day, he was known by his Jeri Curl. Everyone knew he loved his Jeri Curl until a scary incident happened. Betty Jean (that’s what he called her) lit the pilot in the oven and fire ignited which caused her Jeri Curl to catch fire. Willie just happened to be in the kitchen when the incident happened. Willie Mo went into rescue mode trying to help put Betty Jean’s Jeri Curl out and at the same time trying to save his Jeri Curl from catching fire. Guess what, after that incident, Woo kissed the Jeri Curl good-bye.

He leaves behind to cultivate his memories, 2 generations: 5 Nieces; 6 nephews; 3 great nephews, and a host of uncles, aunts, and cousins.

To send flowers to the family or plant a tree in memory of Mr. Willie Earl Moore, Jr., please visit our floral store.

A Memorial Tree was planted for Mr. Willie