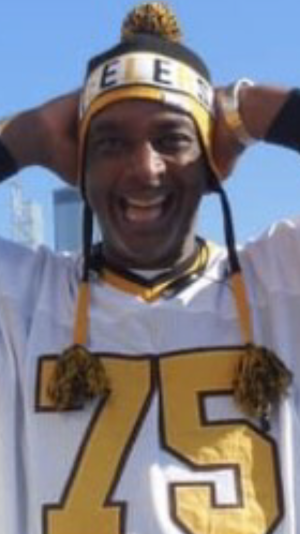 Rhoderick attended Raleigh elementary and high school, where he developed a love for basketball that would carry him throughout his years and lead him to Mississippi Valley State University where he was a member of the 1986 SWAC championship winning team. He graduated in 1990 with a degree in Criminal Justice.

Rhoderick was known by many names but the names that meant most were those of husband and father. He was the father to five amazing children. Rhoderick was united in holy matrimony to the love of his life Linda Coleman on October 1, 2017 and from this union came two loving children.

Hard work was no stranger to Rhoderick. All the hard work he displayed on the basketball court he transferred to his professional life. Rhoderick was a jack of all trades. At the time of his untimely passing, he was employed with Fed Ex.

Rhoderick LaDaryl “Bot” Coleman, 53, was called to his heavenly home on March 25, 2021 in Warren County, Mississippi.

To send flowers to the family or plant a tree in memory of Mr. Rhoderick L. Coleman, please visit our floral store.