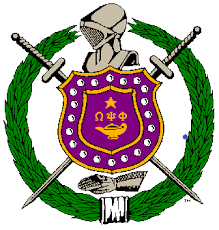 Norman Carson Rhymes Jr. entered this world on June 1, 1923, in Crystal Springs, Mississippi. Norman was the son of Norman C. Rhymes Sr., a barber, and Ruth Smith Rhymes, a teacher.

Norman was one of four siblings born to this family. He was the second-born sibling and the oldest son. He was a member of Good Hope Baptist Church joining the church as a child. He received his early education at Crystal Springs Colored School, a Rosenwald school. He attended Palmer’s Crossing in Hattiesburg, MS for middle school, and Alexander High School in Brookhaven, MS.

Norman’s education was interrupted, as were many young black men, by WWII. He was inducted into the United States Army in 1942, serving for 38 months in Hollandia, New Guinea and Manila, Philippines. Norman served as a company clerk.

After discharge and with a group of veterans, Norman entered Jackson College for Negro Teachers in 1946 without a high school diploma and earned a Bachelor of Science in Education in 1950. Norman did further study at the University of Oregon on a National Science Foundation Grant. He and a group of fellow students excavated a prehistoric lizard that was donated to the State of Oregon. Norman earned a Master of Science degree in Educational Leadership from the University of Southern Mississippi in 1971.

Norman was a member of Omega Psi Phi fraternity along with his brother Robert, Carl Jones (Sharron's future father-in-law), and six other young men were charter members of the Upsilon Epsilon chapter in 1949 at Jackson College.

While at Jackson College, Norman met a pretty co-ed named Edith Campbell in the library and recognized her later that day on campus. She told him he had not met her before; confused by her response, he spoke with his brother Robert, also a student. His brother asked him which of the twins was he referring to Edith or Elizabeth? That incident being recalled was always a source of laughter in the family. Norman and Edith became one of the many couples that met and married after Jackson College.

Norman and Edith Campbell were united in Holy Matrimony on June 3, 1956 and were married for over fifty-eight years. They were blessed with one child, Sharron.

Norman was an educator. His first job as a teacher after college was in Newton County from 1950- 1960. He taught one year in Hazlehurst, MS. He was employed by Jackson Municipal Segregated School District 1962, beginning with G. N. Smith as a 5th-grade teacher, and moved to Powell Junior High School to teach social studies. He then became an assistant principal at Isabel Elementary, Sally Reynolds Elementary, and Chastain Junior High School. In a full circle movement, he returned to G. N. Smith as principal until his retirement in 1989.

Norman later went on to a second career as a labor of love employed as the personal chauffeur by his two favorite people in the world, his grandsons Matt and Adam. He and Edith also helped to raise their grandniece, Brittany Griffey.

Norman became the full-time caretaker for Edith after she became disabled. He cared for her for over twenty years before her transition from the world.

Norman moved to The Blake at Township in Ridgeland, Mississippi and had a full retirement life while there. He took classes and exercises, taking advantage of the enjoyment opportunities offered.

To send flowers to the family or plant a tree in memory of Mr. Norman Carson Rhymes, Jr., please visit our floral store.

A Memorial Tree was planted for Mr. Norman