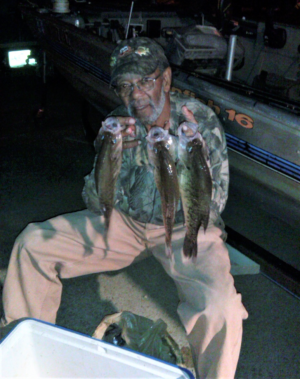 Brother Eugene Smith was united in holy matrimony to Miss Rosie Lee Williams on November 1, 1967 and to this union three children were born.

Brother Eugene Smith worked for the Baptist Medical Center, Presto Manufacturing for 8 years and Packard Electric for 30 years until he retired in 2006.

Brother Eugene Smith was willing to help any one in need.  He will be missed by all who knew him.

Preceding him in death were his parents, five brothers, and one sister.

To send flowers to the family or plant a tree in memory of Mr. Eugene "Big Larry" Smith, please visit our floral store.

A Memorial Tree was planted for Mr. Eugene "Big Larry"