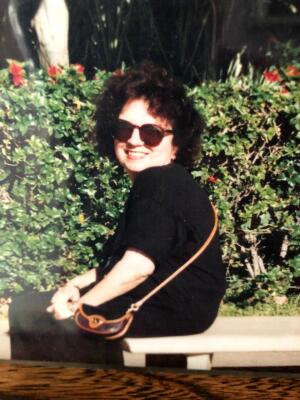 The most difficult thing in the world is finding the words that will adequately chronicle the life of a woman that we knew to be a strong fighter, prideful and private, with the intellect of a genius. She was an animal lover from childhood and that passion paved the way to her becoming a Veterinarian. We will always love her and miss her so very much but she will live on because of all the lives she touched. She was a Star with a bright shining glow and may her light continue to shine.

Dr. Sylvia Yvonne Stewart was the 2nd child born to Walter J. Stewart and Ruby Vaughn Stewart. She was born on August 28, 1950, in Jackson, Mississippi. Sylvia graduated from St. Joseph's High School in 1968 and Jackson State University receiving her Bachelors in Chemistry and Math.

In 1977, she proudly was admitted to the first Veterinary Class at Mississippi State University, where she graduated 3rd with high honors in 1981. After graduating she worked with Valley Street Animal Clinic under the leadership of Dr. Roland Powell.

In 2011, she formed a partnership with Dr. David Powell and his late father, Dr. Roland Powell. Thus, Monroe Street Animal Clinic began and it operated under her direction until her untimely departure.

She was deeply committed to the revitalization of her family's roots by being involved with the Farish Street Historic Preservation Committee. She was appointed by the City of Jackson Mayor Harvey Johnson to serve as a Commissioner to the Jackson Municipal Airport Authority. During her appointment, she was inducted into the Airport Minority Advisory Council Hall of Fame. She served on the City of Jackson Planning Board. She was a member of the International Women's Forum for Economy and Society. Sylvia served on other boards such as YMCA, Boys and Girls Club, Junior League, and numerous others.

To send flowers to the family or plant a tree in memory of Dr. Sylvia Y. Stewart, please visit our floral store.